What Birmingham Property Owners Should Know About Dangerous Spiders

Spiders are probably one of, if not the, most feared pests that Birmingham property owners encounter. There are a lot of people who are especially scared of these eight-legged arachnids, and many other people who find them creepy or off-putting. One of the biggest reasons why people are afraid of spiders is because they think they are dangerous. People worry about being bitten and that the bites will cause health problems. However, the truth is that most spiders in the United States are not dangerous to humans. 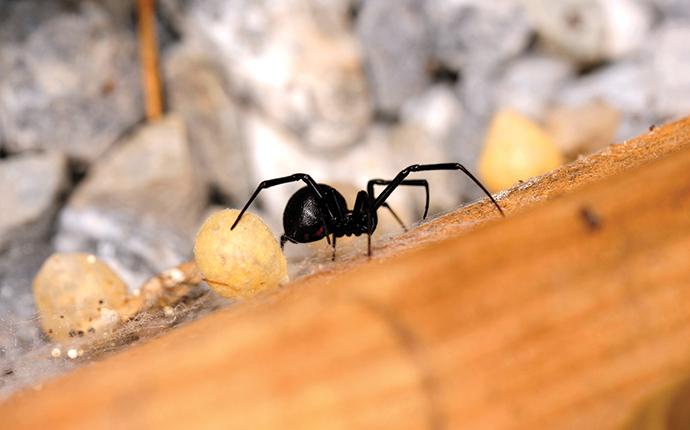 While all spiders have fangs and venom that they use to incapacitate their prey, there are only two in the country that are considered medically significant for humans: the black widow and the brown recluse. Luckily, the majority of spiders you find around your property aren’t going to harm you, but both the black widow and the brown recluse are found in the Birmingham area. It’s important to be aware of these spiders, what they look like, and how to prevent them.

This species has quite a large reputation, and they are luckily pretty easy to tell apart. However, while easy to identify, they are also powerfully venomous and can easily hurt humans. While you likely have an idea of what black widow spiders look like, here is a brief overview:

When inside, black widow spiders prefer dark areas and can also be attracted to clutter. You’re likely to see them in garages, dark corners in crawlspaces, or other disorganized areas.

Brown recluse spiders are often a big problem because they are often misidentified. This means you might think they are another harmless species when in actuality they are not. Because they can be hard to tell apart from other spiders such as the brown spider or fiddle-back spider, knowing a few of their key characteristics is essential. Brown recluse spiders can be identified by:

Brown recluse spiders tend to hide in places that are undisturbed and dark. So, you’re most likely to encounter them in boxes, closets, and basements.

Their bites can be serious and lead to necrosis of tissue as well as other symptoms such as vomiting, dizziness, and chills. If you suspect you've been bitten, you should seek medical attention right away.

How To Protect Your Home From Spiders

While you’re more likely to come across other less dangerous spiders more often than the black widow or brown recluse, these spiders can still become a problem. The best way to help prevent dangerous spiders, and other less harmful species, is to seek help from the pest control professionals at Havard Pest Control. We have been providing pest control to the Birmingham area for over 70 years, and our trained technicians can keep you and your family safe from venomous spiders.