Havard Pest Control received an average rating of 4.3 out of 5 stars

What type of spiders are in Alabama, Louisiana, and Mississippi?

Spiders are arachnids, and are closely related to mites, ticks, and scorpions. All spiders have two body regions - the cephalothorax and abdomen. They also have eight legs, no wings or antennae, and they have chelicerae (fangs). Spiders usually have eight eyes, but some species only have six. They are a beneficial species, as they feed on nuisance insects. Spiders are usually described as venomous or non-venomous, but the truth is, almost all spiders have fangs that deliver venom. However, only a couple of spiders in the United States have venom that is strong enough to cause health problems in people. 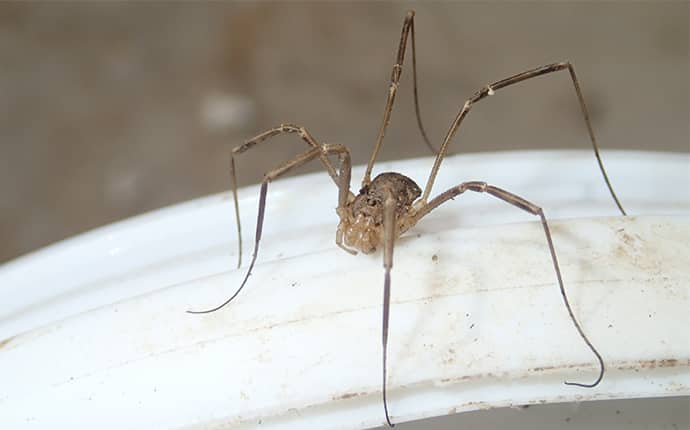 Daddy longlegs have bodies that are pale yellow, light brown, or gray in color. They have small bodies (1/4”-3/8”) and eight long and skinny legs. Daddy longlegs are some of the most easily recognized spiders due to their small, round bodies and long, thin legs. However, these 'spiders' only have one body segment and, therefore, are not true spiders. Daddy longlegs are a harmless species of spider. 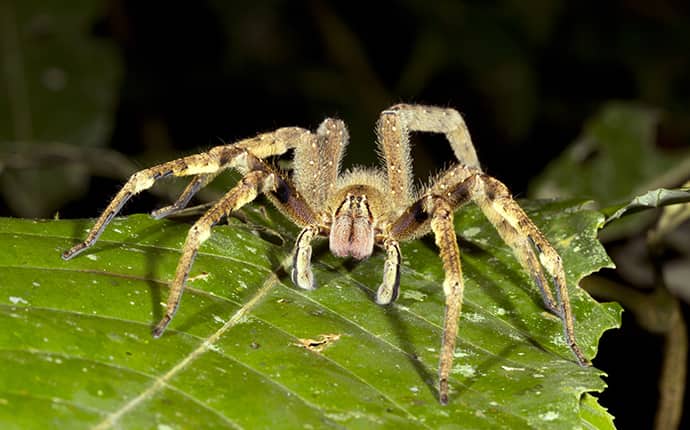 Big banana spiders are often called 'golden orb weaver' spiders. They are a large species of spider. Females' bodies can reach two inches in diameter. These spiders have long, inward pointing legs, and they are red, yellow, and black in color. Big banana spiders receive their name because of the yellow or golden-colored silk they produce to create their webs. They are a harmless species of spider. 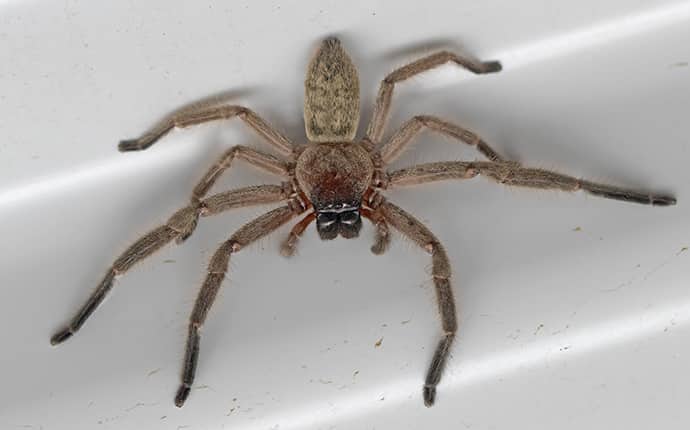 Huntsman spiders are a large species of spiders, and have large legs that they spread out around them when at rest. Their long legs allow them to run quickly. These spiders do not build webs to catch their prey. Instead, they chase after and 'hunt' their prey. Huntsman spiders exist in various shades of brown. They have black spots on their legs, and lighter colored bands on their heads. These spiders pose no real danger to people. 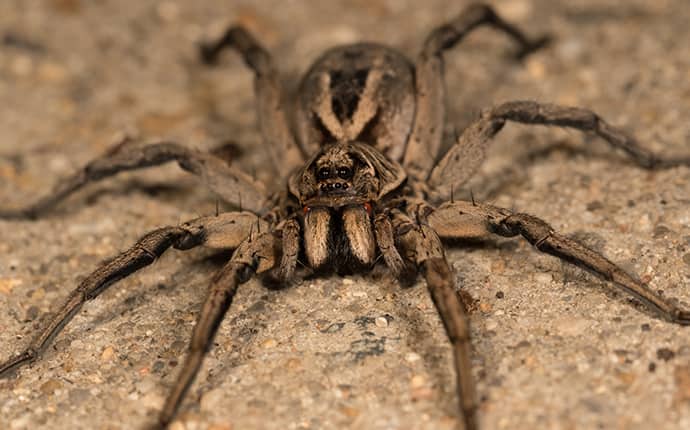 Wolf spiders are large, fast-moving spiders, and have the tendency to startle people with their quick movements. Instead of using a web to catch their prey, they chase and 'hunt' down their prey, much like wolves do. Wolf spiders are dark brown in color. They typically have two dark stripes on their backs. Wolf spiders have great eyesight. They have stout bodies, long legs, and are covered in hair. Their appearance causes many people to believe that these spiders are dangerous when, in reality, they are simply nuisance pests. 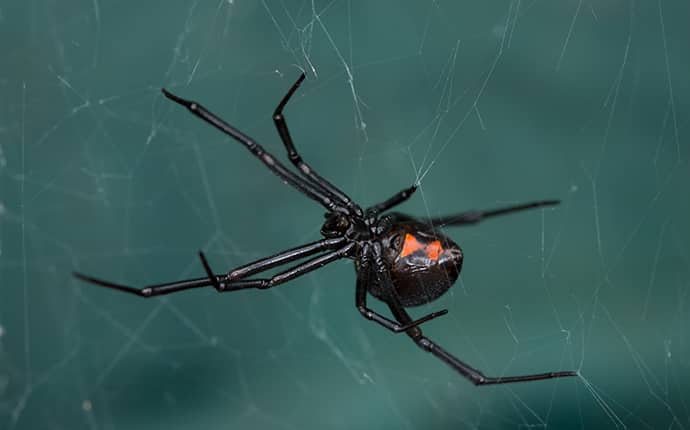 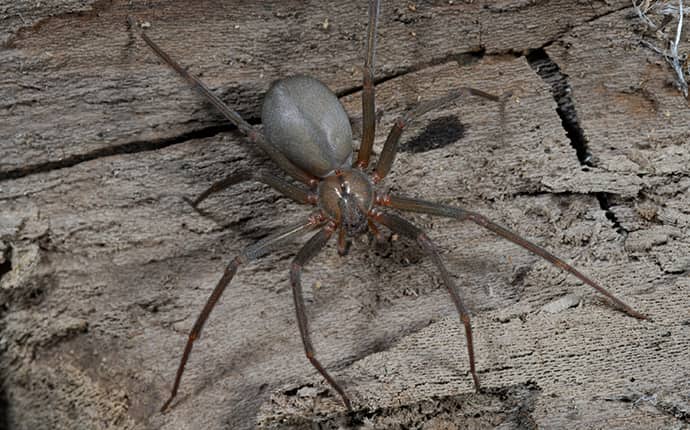 Brown recluse spiders, as adults, are yellowish-gray to dark black, and their abdomen are covered in gray hairs. Their long legs are darker in color than their bodies. Brown recluse spiders have a unique, violin-like pattern found on the top of their bodies. They have three pairs of eyes that are distinctly arranged in a semi-circle. Their venom is strong enough to be a danger to people.

Where do spiders hide?

Outside, spiders hide in a variety of locations, including in gardens, in rock piles, underneath piles of debris, in shrubs and bushes, or in outbuildings such as garages, sheds, and barns. Some species may burrow into the ground.

Inside, spiders like to hide in dark, secluded spaces, staying out of sight of people. Typical hiding spots for spiders include in the corners of rooms and closets, basements and attics, underneath furniture, in storage boxes, or underneath bedding.

What are the signs of spiders?

To determine if spiders are nesting or breeding on your property, be on the lookout for the following signs:

■      Finding spider webs throughout your home.

■      Discovering live spiders throughout your home.

■      Having large populations of insects in gardens or other areas in or around your home. Where there are insects, there will be spiders feeding.

Can I get rid of spiders myself?

Spiders are invasive, and can be dangerous for you and your family to be around. We strongly encourage you to call a professional as soon as you suspect that you may have a spider infestation. Call us at Havard Pest Control to take advantage of our 70 years of pest control experience.

There are a few things you can do to try and keep spiders from getting into your home:

■      Remove piles of wood, fallen trees, rock piles and other piles of debris from your property.

■      Trim tree branches and bushes away from the outside of your home.

■      Seal gaps or cracks in the foundation and exterior walls of your home.

■      Place weather stripping around all exterior windows and doors.

■      Eliminate water sources by making sure gutters are clear and repairing leaky pipes, faucets, or fixtures.

American Cockroaches In Alabama: What You Should Know

American cockroaches are rampant inside of homes and businesses. They’re a…

Do I Need A Professional To Get Rid Of Bed Bugs In Mississippi?

The Problem With Raccoons In Mississippi