Home › Blog › How To Effectively Deter Nuisance Wildlife In Alabama

How To Effectively Deter Nuisance Wildlife In Alabama

Most animals in natural outdoor environments generally require three basic needs: food, water, and shelter. A tremendous array of wildlife exists based on Alabama's diverse natural habitats and resources. For example, consider the significant variations in environmental settings from the beach along the gulf, the Appalachian Mountains in the northern part of the state in Clay, Cleburne, and Talladega counties, and the coastal wetlands that accumulate where nonporous clay replaces soil.

Are you experiencing problems with wildlife on your property? Contact an Alabama pest control professional that will safely perform wildlife trapping and nuisance wildlife removal for property owners. 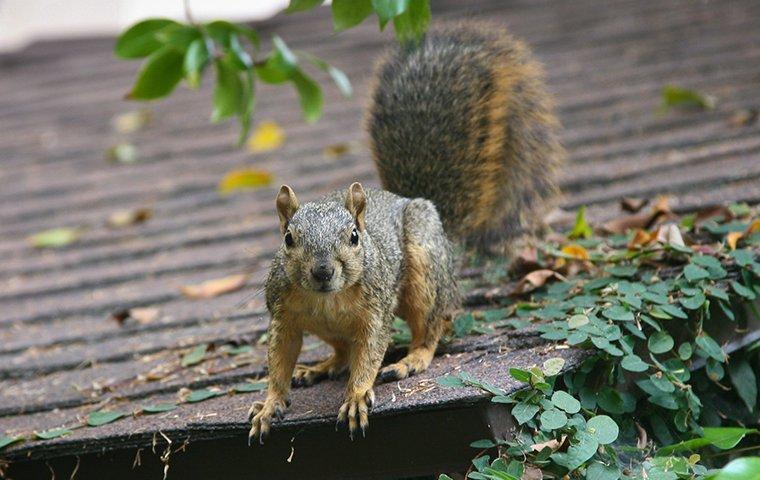 Types Of Problematic Wildlife In Alabama

Some of the most common creatures we encounter include birds, squirrels, raccoons, opossums, woodchucks, foxes, coyotes, and more. Alligators might also exist in warm inland areas with swampy conditions.

Certain types of wildlife become increasingly concerning during certain seasons of the year. For example, as the cooler winter months approach, many creatures will increase their activities to gather food and identify the best shelter option. The most prevalent types during the late fall months include raccoons, squirrels, skunks, mice, rats, and certain birds.

Meanwhile, certain forms of wildlife are primarily active exclusively during the spring, summer, and early fall, and you won't encounter them during the coldest months. The most common examples include chipmunks, foxes, snakes, stinging insects, voles, and woodpeckers.

Wildlife in Alabama may create property damage by digging holes or burrows in lawns or gardens, consuming plants, or damaging gutter systems. Some types of wildlife pose physical threats to humans, such as bears or alligators, while others will attack pets, such as foxes and coyotes.

Many animals can create health risks, such as larger nuisance birds that spread droppings that make dust that is inhaled and may cause cryptococcosis or histoplasmosis. Many rodents are known for hantavirus, leptospirosis, tularemia, and other health concerns.

Homeowners should recognize that most encounters involving wildlife revolve around food, water, or shelter—the three basic needs. Listed below are some preventative tips:

The best way to respond to these concerns involves seeking assistance from a local wildlife expert trained and equipped to resolve existing wildlife-related problems and implementing strategies to prevent wildlife pests from returning.

The Key To Effective Wildlife Control

The team of local specialists with Havard Pest Control provides professional wildlife removal services using a variety of tools and products. Our experts may implement live traps using attractive bait and one-way doors for creatures including bats, raccoons, and squirrels.

We also employ a variety of bird control options, including exclusion, by implementing netting and tools for deterrence such as bird spikes along ledges and rooflines that effectively prevent roosting. Other general exclusionary wildlife and pest control measures involve replacing damaged window screens, placing covers or barriers on chimneys or vents, and installing sweeps on exterior doors.

At Havard Pest Control, we perform a detailed inspection of your property before we initiate our wildlife control efforts. After assessing the nature and extent of the problem, we will explain the best available forms of treatment and answer any questions you may have. Contact our office today to discuss our wildlife control options.

What Is The Best Way To Treat My Louisiana Home For Termites?

What is the best termite treatment method in 2022? This is what you should know…

Help! There Is So Much Moisture Building Up Inside My Mississippi Home

Are you a Mississippi homeowner struggling with moisture control problems?…

How To Effectively Deter Nuisance Wildlife In Alabama

Do you have wildlife continually entering your property and posing safety…