Of all pest infestations, there is one kind of pest that many people fear the most. Spiders. These scary arachnids have been known to spook even the toughest of humans. Just the thought of having an infestation can leave some people with disgust and worry. For people with arachnophobia, any spider can be stressful to see; it doesn't matter that most spiders are actually helpful as they get rid of nuisance bugs. 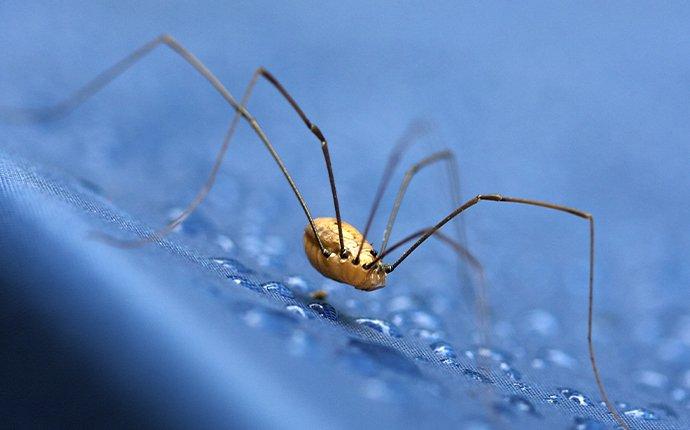 In Alabama, Louisiana, and Mississippi, there are certain kinds of spiders that are more likely to make their way indoors than others. Some of the most common spiders in our area include:

Of the spiders listed, wolf spiders and daddy longlegs are the species that are most likely to be found indoors.

While some people are scared of any spider because of their appearance and how fast they move, some spiders pose a danger to humans while others do not. When you see a spider in your home, your first question is likely whether or not the species is poisonous. While all spiders are poisonous, there are only a few that can actually harm humans. Many spiders are not able to bite or harm a human as their poison is used to disable their prey. While some spiders that come indoors can hurt humans, most of the varieties you’re likely to find can't harm you. Two poisonous spiders that can harm humans are the brown recluse and black widow. Knowing how to identify them can be very useful.

While these spiders can harm humans, it’s important to note that most spiders aren’t aggressive. They usually only bite when they feel threatened.

How to Prevent Spiders From Coming Indoors

Most spiders get into homes either through crawling into small spaces like under doors, around windows, through tears in screens, or by being brought inside on things like firewood. Sometimes a spider might come inside as they look for shelter from the weather. Since spiders tend to hide in secluded places that humans don’t usually see or spend time around, they can be found hiding under beds, in closets, under furniture, or in storage boxes.

There are some things you can do to reduce the likelihood of finding spiders in your home. Here are some tips:

Getting Rid Of Spider Infestations

Dealing with spiders on your own can be difficult, especially if you are terrified of them. If you’ve noticed more non-dangerous spiders that are hard to find and eliminate, pest control services are the best choice. Also, for dangerous species, the specialists at Havard Pest Control will get rid of these spiders safely and quickly, so you don’t have to worry. Reach out to Havard Pest Control today and get back to living spider-free.

American Cockroaches In Alabama: What You Should Know

American cockroaches are rampant inside of homes and businesses. They’re a…

Do I Need A Professional To Get Rid Of Bed Bugs In Mississippi?

The Problem With Raccoons In Mississippi